With the resurrection of the Kinelume Alan was inspired to create a video to fit in the Light/Movement piece. As such he needed the Kinelume to behave in certain ways that were not required for the original installation.

Given the age and technology of the original Kinelume I thought the best approach was to update the platform.
For the detection of movement, I opted for the use of “Doppler Radar”.

The motion would need to be processed and converted to an output, controlling light. A microcontroller was required but my knowledge was limited. The Arduino platform came to the rescue, using the nano footprint.

The final requirement was control of the lighting. The original Kinelume was often wired directly to the gallery house lights and that probably explained the burnt-out inductors. What that told me is that the solution needed to flexible and scalable. Why reinvent the wheel? DMX was the answer.

Given the application there needed to be some adjustment available to suit the space. To that end, Sensitivity, Attack and Decay controls were provided in addition to a switch bank to configure the DMX lighting options.

The parts were sourced and breadboarded to allow hardware and software development in the lab.

Once I had a working prototype it needed a housing. Having a 3D printer, it was begging for some use so I set about some designs based around a small length of aluminium as the main body.

The finished prototype was then given back to Alan to play with. 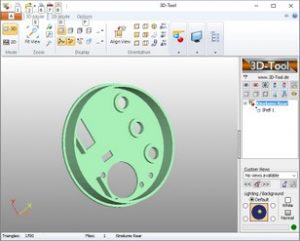 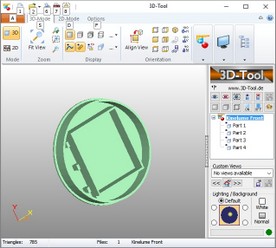 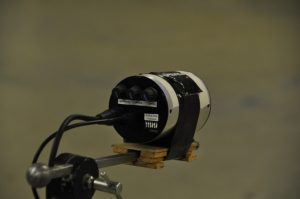